May 18 is rapidly approaching, and once again my adopted hometown remembers; this time 25 years ago. That is a long time. In that time the “Kwangju Massacre” has transitioned through the “Kwangju Uprising” to the “Kwangju Democracy Movement.” As the words transition, so do the memories. I am unable to be therer again this year, but I point to observations from the 2004 memorial. 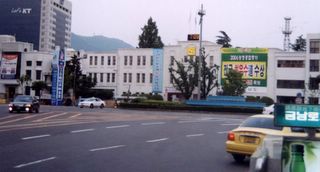 This year, I expect to see the memorial once again focus on anti-Americanism, particularly as demonstrations have already turned violent this May over the PAC3 systems installed at the Kwangju Airbase.

The following are some links that may be on interest.

Gwangju, City of Hope and light
The Character of the May 18th Gwangju Democratic Uprising
May 18 Cemetery
May 18 historical place
The May 18th Gwangju Peoples' Uprising 1980-1987
1988, 1989
1990-1998
Remarks by President Kim Dae Jung on the 20th Anniversary of the May 18 Kwangju Democratization Movement
May 18 Cemetery – Tour2Korea
BBC overview of Kwangju events
May 18 Memorial Foundation
Chronology from May 18 Memorial Foundation
Kwangju Uprising – from OnWar.com A
Kwangju Uprising – from OnWar.com B
Commentary on the 24th anniversary commemoration (2004) by Chosun Sinbo (People’s Korea), DPRK news from Japan
Korea Times report of 21th anniversary of Kwangju Uprising
CNN story on Kwangju from 1996
An eyewitness report of the Kwangju Citizen's Uprising in 1980 by Jurgen Hinzpeter, ARD-NDR German Television Studio
Kwangju in the Eyes of the World by Kwangju Citizen’s Solidarity
Kwangju Subway
Kwangju Ilbo
Kwangju Times
Moodeung Ilbo 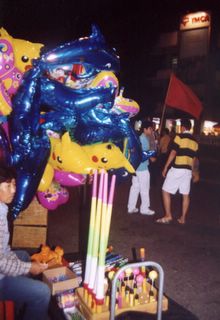