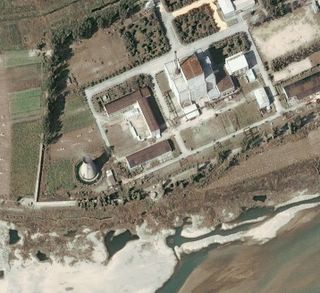 North Korea recently restarted work on two nuclear reactors, one at Yongbyon and another at Taechon. The move was plenty obvious – North Korea well knows the number of satellites focused on its nuclear facilities and is quite aware that any activity, particularly large-scale ground leveling and construction work – will be seen. And obviously that is what Pyongyang wants.

North Korea is in the final stages of setting up the conditions for a return to the six-party talks, likely around the 25th of July. The upcoming visit to Pyongyang of Chinese President Hu Jintao will lay the groundwork for a more unified Chinese/North Korean position, while Pyongyang has already held several round of talks with South Korean officials and has made known to the untied states via the New York channels the limits of its bargaining position.

Restarting construction on the two stalled reactor projects is simply one more item Pyongyang can trade away in the talks – an item that of course was a non issue earlier this year. North Korea is king at creating false senses of crises in order to trade away issues and actions and return to the status quo while gaining concessions from the United States, Japan and South Korea.

Washington is aware of this, but given the souring of relations with China, the United States is looking more seriously at a resolution of the North Korea issue to take away some of Beijing’s levers. And Beijing is seeing the North Korea lever as ever-so useful once again.