Kim’s Military Tour and Readings to Pass the Time 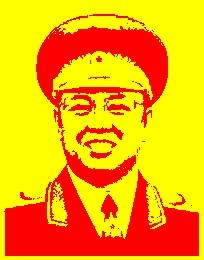 As the six-party talks got underway in Beijing, North Korea prepared to mark the 53rd anniversary of the signing of the Armistice Agreement. In the days leading up to this momentous occasion (the anniversary and the talks), Kim Jong Il made several visits to military facilities in the North.

Kim clearly made it a point to highlight his military just before the six-party talks resumed. The fact that he had such a fll schedule also suggests whatever major decisions or possible outcomes he expected from the six-party talks he felt he was pretty secure on, and didn’t take one of his long-times-off to devise a new strategy or prepare to make a major policy shift.

As folks await the outcome of the current round of six-party talks, here are a few things to read to add some background knowledge or alternative viewpoints.

The Treaty on the Non-Proliferation of Nuclear Weapons (NPT)

A few studies on the 1993 nuclear crisis
The 1993 North Korean Nuclear Crisis: A Foreign Policy Analysis