I spent the day wandering Beijing, no particular destination, which meant I walked my legs off. Hopefully they will last me the rest of the trip. I only met about 10 art students trying to take me to see their displays, and I swear one of them asked me last spring…

Two surreal experiences for the day – last night watching three stooges re-runs dubbed in Chinese and today sitting in a coffee shop in downtown Beijing listening to country music. Another oddity was seeing, at the foreign language bookstore, The Rape of Nanking filed under Fiction. I thought they were quite clear it was not fiction?

The Shenzhou VI mission is on every channel and newspaper, you would think it is the 1950s and China is winning the space race. I heard an interesting insight from someone who was talking to a recent Communist Party member about the launch. The CPC member said the launch was ensuring that other countries respected China, the other fellow wrily noted that the launch only impressed the Chinese themselves, and if this happened, the Party was succeeding in regaining domestic respect. On TV, they interviewed Alexander Haig as a way to show how impressed important American government officials were hailing China's second manned space flight...

A few photos for the day. 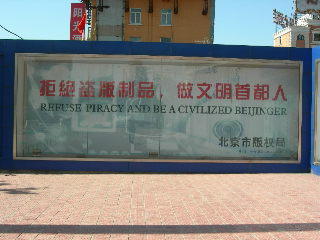 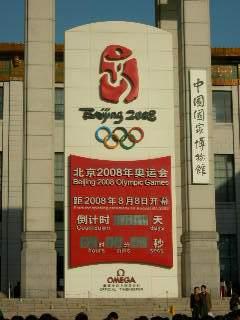 The Olympics are everywhere. 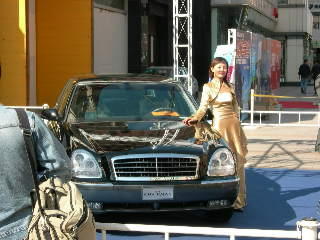 A little Korean advertising in Wangfujing. 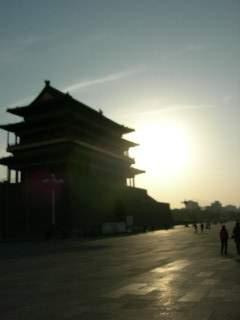