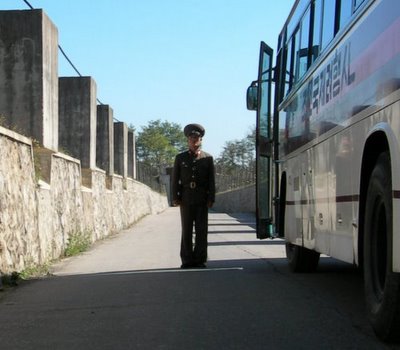 It is a pleasant sunny Sunday, the air warm but not hot, the sky clear. And here I stand, on the northern edge of the Demilitarized Zone, one of the least aptly named locations in the world. 18 months prior I was standing at the southern edge of the DMZ, well, actually under it in the infiltration tunnel, and in Panmunjom on the Southern side, my only venture into the North inside a small blue building, crossing quickly to the “other” side of the room for a forbidden taste of the workers’ paradise. And now here I am, surrounded by North Korean tourists, soldiers and guards, preparing to head into the DMZ from the “wrong” side. 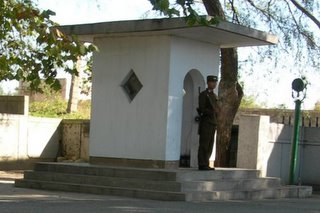 First, we are walked, single file, through the barriers to our waiting (and already searched) bus, our cameraman filming the moment for posterity sake. No photographs please (though if your camera rests at your side, no one can tell...). And we are bused in, past a row of tank barriers, waiting for their shim to be removed so the concrete blocks can slide down the inclines onto the walled-in road. Over the moats, past the barbed wire, and down the road to the buildings where, just 52 years and 81 days prior, the armistice was signed to end the Korean War. As we pull up, we are reminded by our guide that we must remember that there are still U.S. troops stationed in South Korea (implying not so subtly that the occupation continues, as does the threat of invasion).

The general briefs us on the history, and politics. One of the female guides from another bus translates. At certain points she smiles in the way Korean women do when they are embarrassed by what they have to say.

The gist of the talk: Over 50 years many things change, but one thing doesn’t change – the hostile policy of the United States toward the Democratic People’s Republic of Korea. There is no peace in the DPRK due to the military posture of U.S. forces in South Korea. Nobody wants war; they all want to live in peace. But Korea remains a divided country; an unsettled situation – not war, but not peace either. One of the most important reasons to unify the country is because of America. Americans must return to their homes, because Korea is too far away. 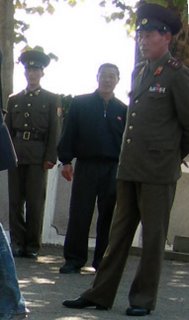 The old Korean War propaganda leaflets, depicting American families with messages suggesting that the wives of soldiers are sleeping around while they are far away; too far away. This is what springs to mind. The translator blushes when asked to say American Imperialist Aggressors. The words roll off the tongue of the General, but later he will talk, in heartfelt tones, holding on to the hand of an American, of how there is no desire for war, only a desire for peace, and how it is important for us to build understanding and trust. 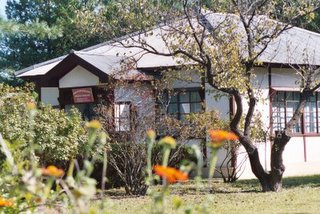 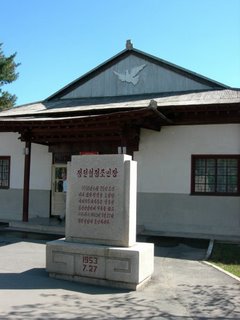 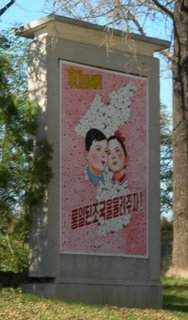 Now, a personal aside. I am neither a violent patriot nor one of the myriad Americans who seems to find plenty of time to denigrate their own nation. I firmly believe it is everyone’s right to have and express their opinions. And while I may agree or disagree with some of the actions of my nation, and my government, I will NOT badmouth my country or its leadership in front of others simply to ingratiate myself upon my socialist hosts. I am offended as a free-thinking citizen of the United States of America by the actions and words of some of my fellow travelers. Equally at those who denigrate their own nation to gain points from their hosts and those who harp on to their hosts about how much better things are in America. Neither is called for on this trip. True diplomacy comes from a clear demonstration of principles in action, and from showing respect, or, as our tour arrangers put it so succinctly, at making sure at least not to show disrespect for the hosts. It was our choice to visit, and our responsibility to set such an example that, whatever people may be taught or told, they will be able to remember us and say that, at least from what they saw of us, Americans are not bad, they are people too, and that begins to bridge gaps.