Our House, In the Middle of the Sea... 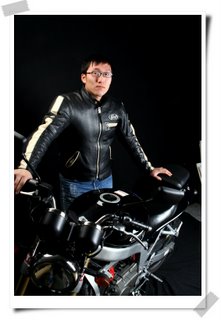 Kim Sung Do and his wife Kim Shin Yul, 66 and 68 respectively, moved into their new home on Tok-do Feb. 19, nearly 10 years after their previous home on the disputed islet was wiped out in a storm. The new home is part of a $1.75 million reconstruction project on the rocky outcroppings funded by the Ministry of Maritime Affairs and Fisheries (MOMAF)that also included upgraded port facilities.

The two Kims, who have been living on nearby Ulleung-do for the past decade, will reportedly be sharing their island with poet Pyung Bu Kyung in April, according to Korea.net.

The return to Tok-do comes a week before a group of motorcycling students embark on a 23 nation eight month tour of the world promoting Korea's sovereignty over Tok-do. The so-called 2006 World Cross Project Dokdo Rider, which has yet to activate the English language part of its website, will travel first to California March 1, and during its travels will spend time in Germany for the World Cup. A noble excuse for a rather extensive college road trip, apparently.

All the rush to remind the world that Tok-do is Korean territory (despite the fact that no one asked) is due in part to the fact that Feb. 22 will be the first Takeshima Day, as designated by Japan's Shimane Prefecture last March. Shimane's prefectural assembly decided that, as 2005 marked the 100th anniversary of Japan's claim of sovereignty over Takeshima (as Japan calls Tok-do), they would create a day to memorialize the ownership (and yearly annoy the Koreans). Thus South Korea made sure its civilians moved back out to Tok-do before the first Takeshima Day, and the Dokdo Rider group is getting additional publicity.

Of course, this raises another important question: if Tok-Do is in the East Sea and Takeshima is in the Sea of Japan, why is everyone arguing?
at 12:32:00 PM