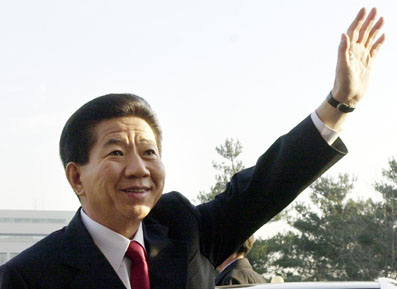 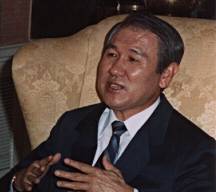 The Korea Herald ran an article discussing the tightening of restrictions by the Roh administration on government think tank workers. It highlights the case of Kim Tae Woo of KIDA, who was apparently punished for talking to South Korean domestic media. The contention is that the Roh administration will brook no opposition to its views in public.

This is not a new phenomenon. More than a year ago, a few associates at Korean think tanks let me know quietly that they were under pressure not to talk to me or any other foreigners who may disseminate their comments. For a while I was able to maintain a flow of information through one of their colleagues who was temporarily in America for continuing education, but even that avenue was closed off. Now it is apparent that they were not exaggerating, and that even comments to the domestic media are taboo.

Now, I must admit that I have developed some sympathies for the modern pan-Korean nationalist movement, despite its occasional naivete. However, from an observational standpoint, it is interesting (if not troubling) to see the evolution of the former pro-democracy opposition in South Korea evolve to deploying the very tactics it so long decried. I will slip from my normal objectivity (or at least attempted objectivity) and allow my emotions to weigh in on this one.

First, the Roh administration has targeted South Korean media from the start. Now, this is in part the legacy of the pro-democracy movement. It was said there were three things that needed conquered to truly overcome the entrenched Korean regimes; the military, the Chaebol and the media. The military was defanged with the end of the Chun and Roh administrations, even if Kim Young Sam was largely a legacy of the previous regimes, rather than one of the staunch opposition reformers. The Chaebol were largely defanged under Kim Dae Jung in the aftermath of the Asian economic crisis. The media have been Roh's target. But his methods have been largely ineffectual. He has been unable ton bully the media into submission, nor bribe them into compliance. For the most part, their ties remain tied to the old regimes.

In cracking down on dissent or alternative views from the think tanks (and likely academia as well), Roh is simply applying a different tactic in his campaign against the media - cut their sources of information. This hasn't not worked either, and risks cutting off vital sources of alternative viewpoints so necessary if Korea is to develop further into a modern democratic nation. To see then tools of repression wielded so lightly by someone who proclaims a connection to the reform movement is disconcerting. During the Korean War, the South Koreans, upon reclaiming territory occupied by the North, used nearly the same tactics to pursue their anti-Communist agenda as the North Koreans had used to "cleanse" the population of the bourgeoisie. The ideology may have been opposite, but the methods of oppression and brutality were mirror images. One would hope that, around the anniversary of the start of the Korean War, this lesson could be remembered.

Whether in the name of national security or nationalistic reform, authoritarianism is authoritarianism. It may be an effective management tool, but rarely for long. And in the end, whether you are Park Chung Hee building a powerful heavy industry based Korean economy or Roh Moo Hyun seeking a more independent foreign policy and reunification by peaceful means, crushing all voices of dissent will only strengthen the opposition. The Kwangju massacre didn't crush dissent, it contributed to the eventual breaking of the Chun-Roh regime.

It may be time for the current President Roh to compare the short and long term risks and benefits of stifling alternative voices, or allowing dissent and dialogue to flourish.
at 11:48:00 AM

hi, i am interested in the article in Korea herald that restricted staff from think tanks from publishing their views during the Roh Moo Hyun government. Could you please provide me with the article title and date of publication. Thanks.