I left Bangkok after some final night-time wandering, where I realized that the Gods like Fanta, or at least it is offered to them at numerous small shrines. 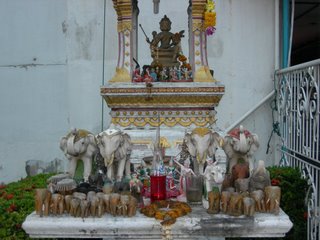 This is the new airport in Bangkok. The good things are that inside you think you are in a fashion shopping mall, and they have placed security checks near groups of gates, so there are never really long lines like at most airports. The bad news is that once you go through security to your gate, you are stuck. The gates are walled off from one another, and they take your ticket when you get into the gate area. 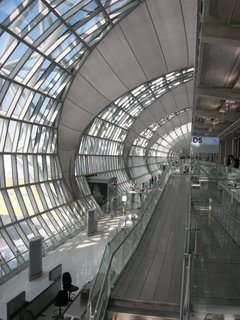 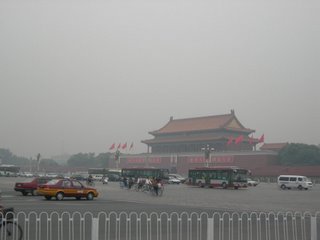 Why, you go to Wangfujing, and in particular to the side alleys branching off of the main shopping street. 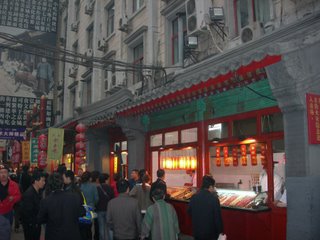 There, you can find delicious snacks, such as these. They were so fresh, their legs were moving and they would try to sting you if you reached out at them. 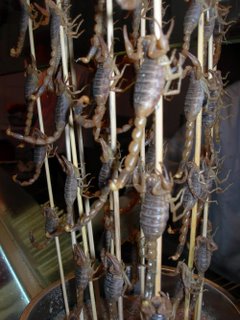 Yes, they taste something like potato chips, though the tail is the best part as it is crunchier.

After a tasty snack, head over to the Beijing opera. This performance was by a group from Shandong, and the play was an allegory for maintaining brand image, respecting IPR and being honest, not a cheat. 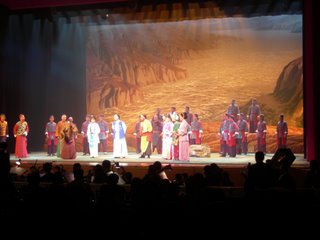 Then, if you did not enjoy the scorpions (or the sea horses on a stick you could get there), you can head back to the hotel for a self-served sheet iron burn. This is why Benihanna doesnt let the guests cook... 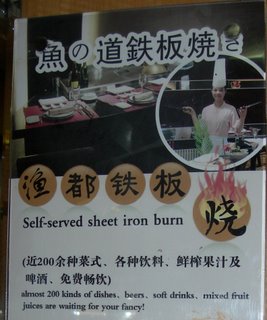 If the burn wasnt good, try the other restaraunt for the following tasty dishes. 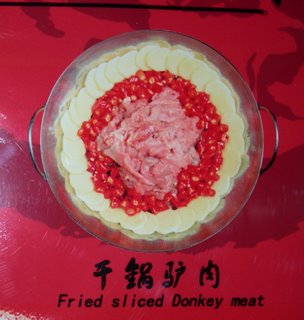 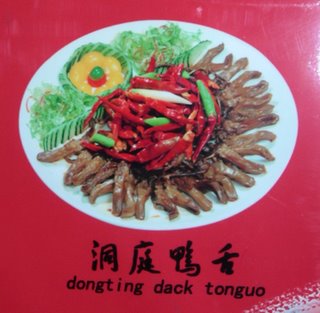 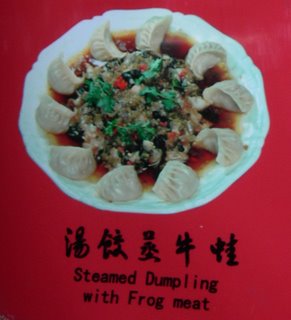 Yummmmm! Donkey, Duck Tongue and Frog dumplings. Is there anything better?!
at 12:29:00 AM