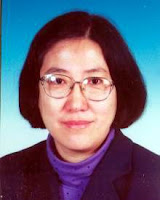 has formally appointed Chen Naiqing as special envoy on affairs. Chen, China’s Ambassador to Norway, was born in Shandong, China in December 1953, graduated from the Dalian Foreign Language Institute in 1974, and joined the Ministry of Foreign Affairs (MFA) the same year in the Department of Translation and Interpretation. Chen studied at the London School of Economics in 1975 and 1976, and remained in as a staff member and attaché of the Embassy until 1982. Chen then moved back to the MFA in 1982, serving in the Department of translation and interpretation (1982-1986) and the Department of West European Affairs (1986-1988). Chen then moved to as Second Secretary and then First Secretary of ’s Permanent Mission to the United Nations (1988-1992) before returning to to take up various positions in the Department of Policy Planning. In February, 2003, she took up her post as Ambassador to .

Chen replaces Li Bin, former Ambassador to (2001-2005) who took on the role as special envoy on affairs in September 2005. Li was raised in , studied at Kim Il Sung university in , and lived in for nearly two decades, serving in the embassy and serving as a guide for Kim Il Sung and Kim Jong Il during visits to in the 1980s and 1990s. Li was awarded the DPRK Friendship Order First Class in August 2001 for his "positive activities" to boost China-DPRK relations and work toward Korean unification. In May 2006, after returning to China from South Korea, Li took up the post of Deputy Mayor of , in province, but in December 2006, Li was called to for questioning, accused of leaking state secrets, stripped of his position in Weihei and in early 2007 was arrested. (The arrest prompted Ki Sung to deny that Li had given him information on one of Kim Jong Il’s secret trips to , insisting he and his fellow reporters had figured it out themselves. See the Asia Times article by Sunny Lee for more on this) Li’s detention was far more likely linked to China’s ongoing spat with North Korea than with anything li may have leaked to a South Korean reporter about Kim Jong Il’s itinerary.

The appointment of Chen fills the gap left by Li. It also changes the dynamic of the position. Rather than having someone who is closely tied to as the key envoy, is instead placing someone intimately familiar with the main policy planning and broader foreign policy goals of . North Korean relations, or Korean peninsular relations, are being shaped more in line with ’s broader foreign policy than with ’s specific relation with . It is somewhat interesting that both Li Bin and North Korean Premier Pak Pong Ju were both unceremoniously dumped about the same time. Pak’s removal was linked both to failed policies and his close ties to . Li appears to have been dumped in part for his close ties to . What the two were scheming together without the sanction of their respective governments is anyone’s guess.

But is now moving on, and Chen may bring a new vision into the Korean Peninsular issue – one that looks at it as a small piece of a larger puzzle, rather than as a puzzle in itself. This may not be good news for , and may soon turn its affection to to regain some leverage.