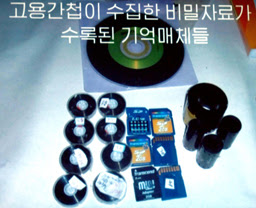 There is something odd about the latest accusations of foreign spying. (Chosun Sinbo article) I do not recall any recent cases so public, large and involving DPRK citizenry so prominently. regularly complains about attempts by foreigners to spy or subvert culture. Rails against radio broadcasts, hidden agendas in humanitarian aid, corrupting music and excessively shaggy hair are not an unusual feature of North Korean media. Neither are the monthly reports of aerial espionage, identifying the types and flight plans of elint and sigint capturing aircraft.

But this is a claim that North Koreans have become witting pawns in the foreign espionage game. Not only North Koreans, but “functionaries who frequently visit third countries” who were recruited by a “foreign espionage organ” that used “money, women, threat and blackmail” to build a cadre of spies. These comments come from Ri Su Kil, a functionary at the State Security Department.

Now, the only North Koreans who frequent third countries are a small cadre of traders, and a much larger cadre of... cadre – government officials. These “functionaries” that the State Security Department is referring to, may well be government officials, corrupted, bribed and blackmailed into becoming agents of espionage for an unnamed foreign power.

Now that is a potentially significant development, far removed from the typical propaganda and warnings of foreign espionage and instability campaigns. If North Korean officials, who we already know go abroad to make cash and sell state historical treasures, are now coming back to record state secrets and sell them to the highest bidder (or the holder of a set of 8X10 glossies of said official in bed with an underage male prostitute), then the DPRK regime may be in worse internal shape that it previously appeared.

Now, as to the identity of the mysterious recruiting nation, well, the State Security Department says they won’t tell right now, it is too sensitive. But they WILL repeat several times that some of the spy equipment seized has a SONY label. When fed a question about this tidbit of information at the press conference, Ri coyly replies that whether or not the piece of equipment in question was manufactured by SONY or not, it is an “objective fact” that it was used for “a political and intelligence plotting maneuver.” Of course, repeating SONY is a less t subtle way to say “.” And this gets even more interesting, considering the DPRK and resumed normalization talks in just as the spy scandal was being made public.

So, we have admitting its own citizens were bought off by a foreign spy agency, suggests these citizens are government officials or at least state functionaries, and drops hints that the foreign intelligence agency may well be based in . All this in the middle of negotiations with in , and ahead of the planned inter-Korean summit. Either this is a very elaborate stage show, and may be used as a negotiating ploy in to counter Japanese complaints of North Korean kidnappings and North Korean espionage in , or it may be used to back out of the inter-Korean summit... or it could actually represent a breach of the North Korean bureaucracy by foreign intelligence agencies – and the North Koreans may be facing an internal security crisis that for some reason they decided to broadcast.