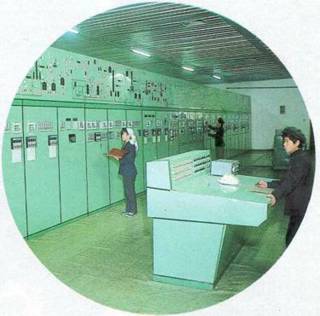 So in a somewhat ironic twist of fate, North Korea is apparently assisting China in addressing the growing energy shortage in… China. Yes, the Hermit Kingdom is bailing out the Middle Kingdom by sending some 1.18 million tons of anthracite to China in the first nine months of 2004, according to the Korea Trade-Investment Promotion Agency (KOTRA). For the same period in 2003, Pyongyang exported some 537 thousand tons, up from around 268 thousand tons in 2002.

But before we wonder if Pyongyang has fully forgiven Beijing for all those times China cut off oil shipments to North Korea in order to keep the little brother in line, we should note that Pyongyang is by no means doing this out of the goodness of its own heart. During the first nine months of 2003, North Korea earned some $10.8 million from anthracite sales to China, up from just under $5 million for the first nine months of 2002. But for the same period in 2004, that rose to some $34.7 million, an increase of 220.8 percent.

So North Korea, which continues to instigate assorted nuclear crises in order to garner energy assistance from its neighbors and the United States, is now making some quick hard cash off of China, which has long given oil to Pyongyang as aid.

But my question is – what affect does this have on the North Korean clothing industry? After all, the Juche fabric Vinalon is made from anthracite. And without the wonderful coal-based cloth, where will Kim Jong Il get is swell brown jumpsuits? (NKChosun on Vinalon, NIS on Vinalon, CNS on Vinalon)

On a more serious note, it is interesting to see the shifts and flows of trade in the region and particularly between North Korea and China. Pyongyang has apparently dropped its plans for the Sinuiju Special Economic Zone (or Special Administrative Region), a decision that Beijing no doubt was quite thrilled to hear (after all, Beijing went so far as to arrest Yang Bin to avoid letting the Sinuiju project ever get off the ground). Instead, North Korea is putting all its attention on Kaesong, with whatever remaining thoughts going to the Kumgang project.

The shifts and moves in North Korea’s economic restructuring are already showing affects, not only on the domestic pricing of commodities, but also on the rumored signs of growing unrest (a word that seems too extreme; perhaps disgruntled-ness is better?) in the country and the renewed interest by the regime in vilifying foreign media influences.

Pyongyang is intimately aware of the tremors in the social fabric of the nation, and thus the nuclear crisis, which is supposed to result in a security arrangement that pre-empts foreign powers (read United States) from interfering with or taking advantage of social instability to bring down the regime. And ultimately, for Kim Jong Il, regime survival requires economic alterations, and he will continue to walk the tenuous path balancing the dangers of inaction with the dangers of action.