No Dokdo, No Dispute?

So in the 1960, Japan really did suggest blowing up the Dokdo islets as a way of settling the disputed boundaries between the two states amid negotiation to establish formal diplomatic relations.

The story isn’t new, even if some of the documents have just now been declassified by the South Korean government, but it will certainly keep South Koreans interested in emphasizing their own claim to Dokdo (Takeshima in Japan). 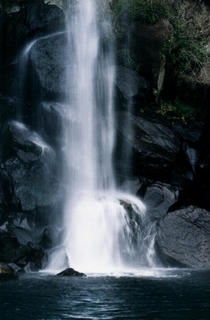 (A side note, it is a good thing that another idea from the 1960s - the transfer of a U.S. military base from Okinawa to Cheju - never worked out. It would have been quite a pity to spoil the beautiful island.)

The timing of the release of the Dokdo destruction documents, even if the information was largely known already, makes one wonder if the ROK government is trying to re-emphasize to its own people that the bigger threat comes from the east, rather than from the north.

South Korea’s recent launch of the Dokdo LPX was certainly an eye opener for Tokyo, which is yet to launch its next generation of helicopter carrier/amphibious assault ship. Unlike the 1960s, Seoul is showing itself quite capable of defending itself – or at least headed in that direction.

On a side note, it appears Japanese Prime Minister Junichiro Koizumi has taken a book out of Roh Moo Hyun’s book and, while not courting impeachment, he certainly forced a showdown with his own party, and is now in the midst of purging any disloyal to himself.

His ambition is to create a situation where his own party members need him if they are to win any seats. But after that, he wants to redesign the Japanese political system, and bring about direct elections for the Prime Minister. He is also seeking assistance from some of the opposition, though much more quietly than Roh.

For his part, Roh used his impeachment to create the national movement that weakened the conservative opposition and gave the initial boost to the Uri Party (something that has by now worn off), but Roh, too, has his sights on something loftier – the remodeling of the South Korean political system. He wants to abandon the one-term presidency, which creates a situation where the leadership becomes a lame duck two and a half years after taking office, leaving half the term to the bickering national assembly.

Both Roh and Koizumi face uphill battles, yet both nations could be served by the political changes. And both Roh and Koizumi, in their own distinct ways, are relying on their own personal popularity, or force of personality and image as maverick reformers, to drive them toward their final goals. And while both may now claim that they have no further political ambitions beyond revising and updating their respective systems, both long for an additional stay in power, less encumbered by their parliaments and more empowered by their populace.