This update is a bit late. The internet is not cooperating with me. I have left the cold dry wind of Mongolia for the still, sticky air of Thailand. The smells of flowers and incense blend with sweat and car exhaust in a humid mix that envelops everything. In the alleys and side streets, where modern Thailand has yet to invade, there is a struggle as nature seeks to reclaim the concrete and wood; moss, algae, vines, flowers, spread and climb, green enshrouding the dusty grey.

The complete lack of security forces is very notable. For a country under martial law, a month out from a coup, there is no sign of the military. Now, I haven’t been everywhere, and I hear that there are still some posted near government buildings, but many of those are there year round already. This is a country where a coup is the normality and a series of democratic elections the anomaly.

Traffic is much less chaotic than Mongolia, and the roads are owned by the motorbikes. When the light turns red, they weave their way through traffic to the front, so by the time there is a green light, there is a massed pack of motorbikes waiting to move. Food stands, clothing stalls and trinket sellers pack the sidewalks and roadsides, at least in this part of town, and there are innumerable massage parlors, tailor shops and bars. Keeping with the oddities of this trip (I had dinner at an Indian/Mexican food restaurant in Ulaan Baatar) I ate lunch at a Cajun food restaurant in Bangkok.

Tomorrow it is off to Pattaya for a day of diving. 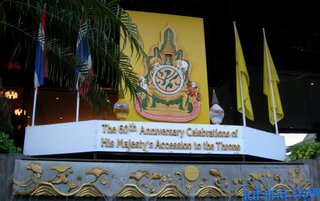 One of many commemorations for the King. 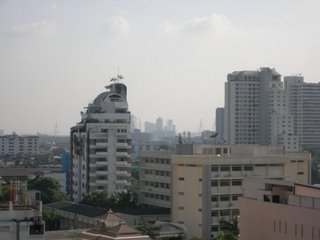 Bangkok from my hotel window. 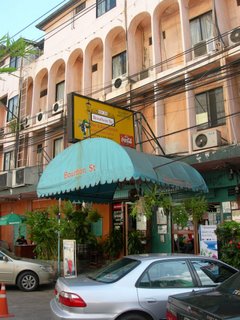 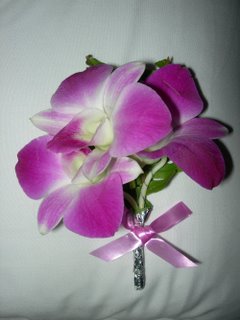 The orchid upon arrival. 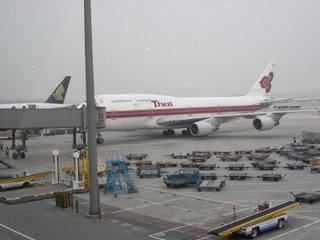 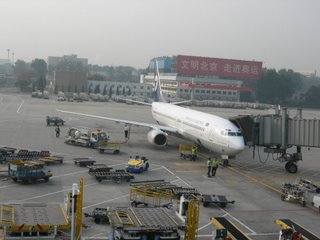 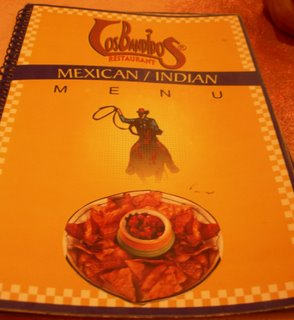 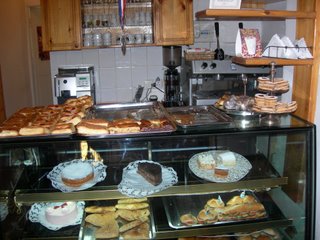 One of several small cafes in Ulaan Baatar. 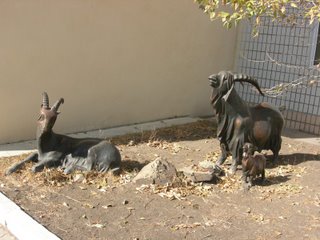 Where cashmere comes from. 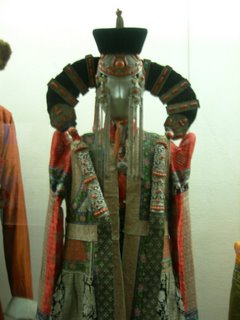