We took a drive out into the country this morning, the air was fresh and thin, the road trip was harrowing to say the least. Just out of Ulan Bator, it seems like you are hundreds of miles away from any city. As we drove through one of the many winding valleys, a hawk circled overhead, sheep and goats grazed on the hillside, a Mongolian herder walked along with his dog. We drove out to Manzushir, an old Buddhist temple destroyed by the Communists. The Buddha images carved on the rocks were burried at the time, covered with dirt, to spare them the destruction. After returning to Ulan Bator, we had Korean food for lunch, and came out into a mix of rain and snow that turned to snow shortly thereafter. When it cleared up, it was out for another walking tour of the city.

Two images of Manzushir. When it was active, it had several buildings, now just stone terraces and broken walls. 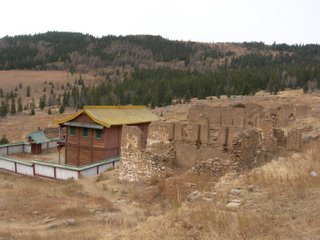 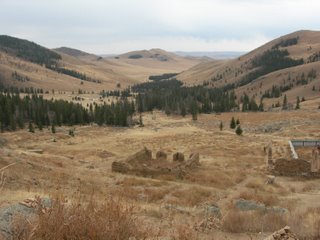 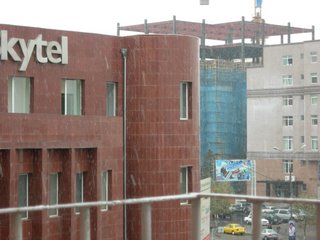 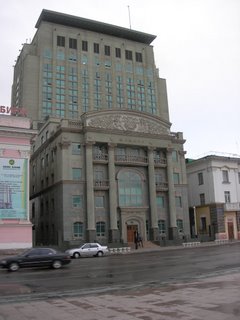 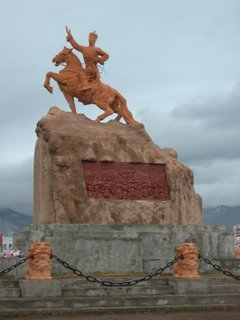 The statue in the square, a Communist hero credited with the founding of the modern Mongolian state, but this is growing more contested as history is re-assessed. 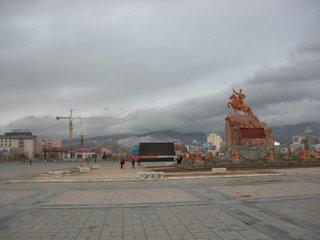 The square, with the snow on the distant hills. 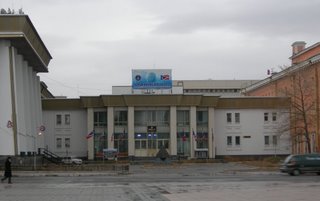 The headquarters of the Democratic party. On the main square. 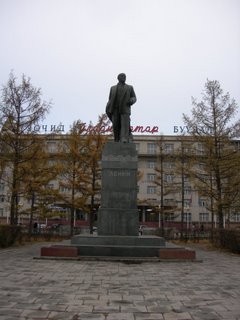 And every former Socialist city needs its Lenin!
at 8:17:00 PM