The North Korean leadership is ageing and dieing. The remnants of the first generation leaders, the compatriots of Kim Il Sun, the anti-Japanese guerrilla commanders, are passing on. They were instrumental in maintaining the stability of the regime during the transition from Kim Il Sung to Kim Jong Il, and have remained important voices in the ear of Kim Jong Il. But they are, to put it bluntly, old. And they are dieing off.

The second generation leadership, the children of the revolutionaries, the Kim Jong Il generation, are in power. There are some hangers on from the first generation, in the military and elsewhere, but even Jo Myong Rok, a key first generation confidant of Kim Jong Il, is reportedly near death. Whereas the first generation leadership claim to power was based on their guerilla credentials (they actually fought for Korean independence), their Children’s claim is based on family lineage. Many of the second generation leaders were trained abroad, but primarily in Soviet, Chinese and Eastern European institutions. They have grown up as the children of the elite, and saw grow in prosperity, and then sink back into the doldrums. They are in government for the power. They believe they have a right to lead, based on their lineage, and are motivated by a burning desire to retain power – for without it they are nothing. This is the current leadership. Their number one driver is the perpetuation of the elite, of their status and power. It shapes all their actions.

But there is a rising generation, the third generation of leadership, that is now emerging. These are the children of the children of the revolution. They have grown up in a completely different environment than their predecessors. They have always been the elite, the privileged, separated from the common folk. They are the new aristocracy. Many have been to western nations, schooled in , and even the . They have seen the riches of the West, and even of the East (, and the like). They like power, but they crave money, wealth, material goods. These are the spoiled third generation, the next generation of leaders. Kim Jong Il’s son, Kim Jong , reflects this generation’s desires and drivers. His detention in a few years back was a clear indication of the motivations of this generation. They are not concerned with power so much as spending. This generation is soon going to move into the halls of power as the first generation dies off. And it is this generation, not the current second generation leaders, who will eventually sell out . Reunification hopes under the current leadership are delusional. But when the next generation takes charge, there will be a rapid dissolution of the North Korean state.

Below are pictures of Kim Jong Il and some of his top military officers at various parades in . Watch as they magically grow older, right before your eyes... 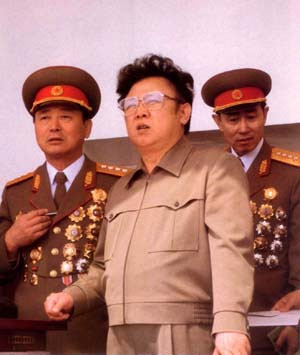 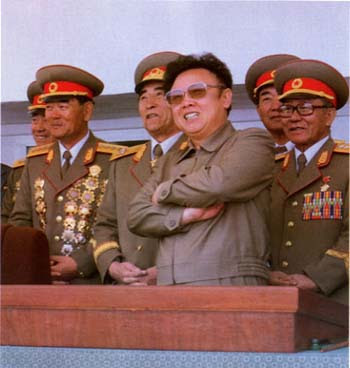 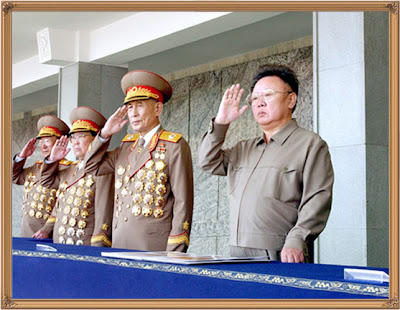 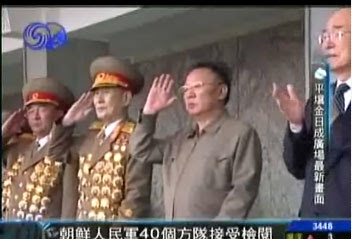