’s 75th anniversary of the KPA parade rolled, marched and pranced through the streets April 25, with Kim Jong Il looking on approvingly. This was the first time in more than a decade that the parade included North Korean missiles, and counts of the video footage show four dozen missiles of four different types. In the footage I have seen, which isn’t the whole parade, I have only counted three types, so if you have the fourth, let me know.

The three I saw were the Hwasong (a SCUD variant), the AG-1 (A Seersucker anti-ship variant) and the KN-02 (A short range ballistic missile based on the old Soviet SS-21 Scarab). These are shown below, in that order. 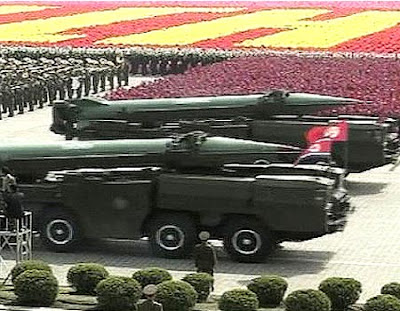 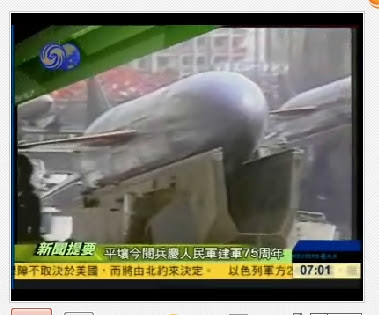 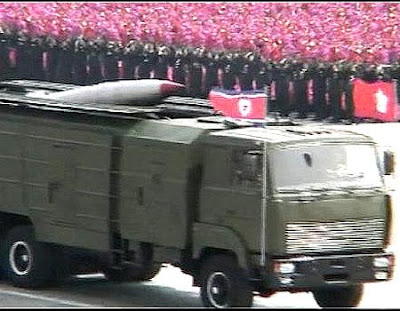 The lack of NoDongs and TaepoDongs was intentional; no need to give the foreigners too much to be concerned about. But each KCNA press release on the parade made sure to include a line about the missiles: “Columns of rocket units also went past the tribune of honor, demonstrating the invincible might of the KPA equipped with modern offensive and defensive means.”

What is interesting is that these were battlefield missiles, not the strategic ones used to shape foreign perceptions, but actual, useable weapons. And they are also for sale. sells each of these missiles abroad, and their size, versatility and lower price point give them a much larger market that for the longer range missiles. These are also easier to move, and less likely to be intercepted by the under the proliferation Security Initiative. So can talk big, carry a medium-size stick, and get some free advertising. Come on down to the bargain basement ballistic blowout sale!!!

On a side note, for some reason this picture of the reviewing stand reminds me of the intro to the Muppet Show... 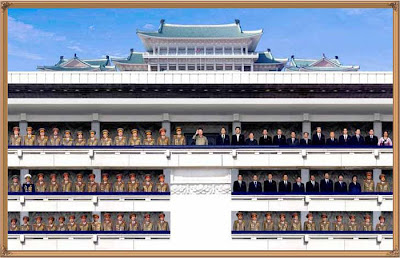 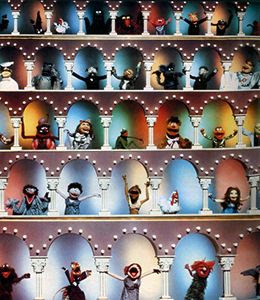