In what has got to be one of the oddest bits of propaganda out of in a while, the KCNA May 12 ran a two-line story under the headline “Kim Jong Il Chosen as Most Famous Leader by American Magazine.”

, May 12 (KCNA) – The American magazine Time chose Kim Jong Il as the most famous leader in the world. Publishing a list of men of the present times, the magazine selected Kim Jong Il as a renowned leader exercising the biggest influence in changing the world, according to an Ukrainian Internet News on May 7.

Now, unless I am missing the Pyongyang issue of TIME, this is silly on several levels, not the least of which is that someone reading it might actually see a TIME magazine and discover that TIME did not decide that Kim Jong Il was the most famous leader in the world. What the Ukrainian Internet News article of May 7 appears to be referring to is the April 12 Time Magazine list of the most influential people in the world, as voted by their readers. (Kim didn’t even place on the Magazine’s final top 100). 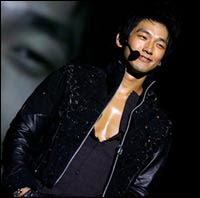 Perhaps most symbolic of the different fortunes of North and South Korean Kim ended up 467,448 votes behind first-place finisher Rain (who had 170 times as many votes as Kim Jong Il.) Now, the order obviously didn’t match the total number of votes, as they were weighted, but for Kim to end 117 spots behind South Korean pop star Rain (who was helped no doubt by the web-savvy South Korean housewives) is far from being picked the most famous leader in the world.

But the North Koreans will grasp for any straw they can get. Unfortunately, in this case they drew the short straw, and some propagandist reporter for KCNA is soon going to find himself and his entire family moved to much less comfortable accommodations in the of . 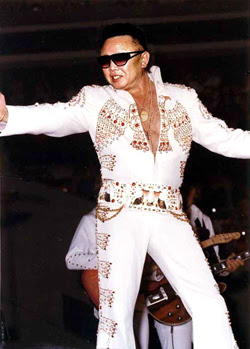