DPRK Looks for Advice and Economics 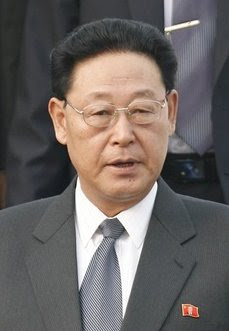 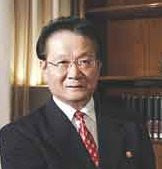 Rounding out all the various meetings and visits, Kim Yong (Chairman of the Presidium of the SPA) visited in August and in September, while Foreign Minister Pak Ui Chun visited the in July. Oh, and there WAS that inter-Korean summit as well, and Kim Jong Il is meeting with Liu Yuns, a member of the politburo of the Communist Party of China.

All in all, it has been a busy few months, with ramping up regional diplomacy, focusing intensely on (the ASEAN nations). The re-establishing of diplomatic ties with gave normalized relations with all of the ASEAN countries, and is looking to find some common economic interests with these states. The diplomatic offensive also matches that carried out by the DPRK in association with its 2000 inter-Korean summit – part of Pyongyang’s attempt to break free from the constraints of its relationship with the United States.

Of course is not planning to imitate ’s experience exactly, nor could it. North Korea’s population is just a third the size of Vietnam’s, it doesn’t have the domestic energy resources (though there is some promise in the Bohai Bay area), and its location is all wrong – at least as far as Southeast Asian trade and flow between the United States and the Indian Ocean Basin is concerned. Instead, looks to for some advice, some capital, and some hope that economic cge can come with minimal political cge.

will have its own economic model, but it is always looking for advice. The number one issue for is to have an economic cge that doesn’t bring "evil" social influences or political cge. They REALLY didn’t like what happened with 's economic model. They have been nervous about the Chinese model since the 1980s. Doi Moi offers a model that doesn’t expect social or political cge, at least not for a very long time.

The current DPRK model is based on establishing special economic zones. The RaSon zone in the northeast was the first, but proved a big flop. Who wants to be up on the Tumen river isolated and only ging out with a select few Chinese and Russian businessmen? It turned temporarily into a casino haven, but was pretty much shut down.

The second attempt was to be in , on the Chinese border at the mouth of the Yalu river. This was a good location, easy access to the Chinese markets, and a relatively good transportation infrastructure by rail or ship. But the Chinese didn’t like it one bit. The DPRK's chosen manager, the Dutch-Chinese entrepreneur Yang Bin (the “tulip king” of north China) was arrested and imprisoned, bringing an end to the DPRK's attempt at the SEZ and leading to a precipitous decline in DPRK-China relations that continues to color ties between Pyongyang and Beijing and shape Pyongyang’s search for independence form China’s economic tether.

The third and current zone is in . Mostly it is underwritten by the South Koreans, who have political reasons to see it successful. But aside from the politically motivated South Koreans, most others view the location as pretty useless. is stuck inland, it can mostly only service the ROK.

The new locations being discussed are in port cities like Wonson, Chinnampo and Haeju. These are industrial cities with deep water ports, places where goods can be quickly shipped to or or beyond. is considering shipbuilding and auto manufacturing there to start. The DPRK is looking for more tech investment (as it already does low end consumer electronics in ).

The purpose of these SEZs is to bring in investment and technology and training without exposing the population to western influences. They are walled off from the neighboring cities. The workers are selected just for work in the SEZ, given their own isolated housing in government work facilities, and in general are kept isolated from the “regular” population. They are also paid by the DPRK government, not he foreign company they work for. They work for the DPRK, which then is paid by the foreign company and supplies workers. Those who learn new skills in efficiency or manufacturing design or methods and who are politically reliable will be transferred either to North Korean facilities elsewhere, to bring about "indigenous" improvements, or to training facilities to train DPRK managers and workers. This is economic growth carefully controlled, isolated from the population, and with all the money directly to the government, so the workers allegiance remains to the DPRK, not their foreign company.

This is slow going, but it is their current model. They also want to expand foreign involvement in the mining sector (coal, uranium, molybdenum, gold, etc), but these, too, will be set up in the controlled conditions, all workers coming from a government contractor, rather t hired directly.

For DPRK, the is a hindrance on economic cge. Not necessarily because they lack investment or the as a market - those are nice but not necessary. Rather, because the US-DPRK ... situation ... discourages Europeans and other Asians from investing in DPRK. The political risk is high - not only the cces for conflict, but also for being randomly punished by the when it gets frustrated with the DPRK. The return on investment isn’t there until the US-DPRK situation stabilizes. This doesn’t require normalization of relations, but it does at least require ’s removal from the terrorism list and the associated sanctions against DPRK. The is already planning, perhaps by the end of this year, but definitely by the end of next year, to establish an economic liaison office in DPRK. Just that move alone significantly reduces the political risk of investing in DPRK.

What the DPRK counts on, then, is the following image. Consider a labor force that is disciplined, industrious, always on time, and works for pennies a day - making products right next door to the consumer markets of some of the world's largest economies – China (number 4 and soon to be number 3), Japan (number 2) and South Korea (number 12). Products made in DPRK have very easy transportation routes to these neighboring states, by road, rail or ship. Labor costs are rising in . But the consumer market is also growing. So why not build it in , and sell in to the neighbors?

If can cooperate on low-end goods – and maybe even be an early market for DPRK goods – and the Europeans can supply the capital and technology, then the DPRK thinks it may have a cce to start to reverse the economic decline and not have to have a too immediate social or political consequence.