Probably one of my favorite spots in Qingdao is the PLAN Naval Museum. Now, the inside is nothing to write home about - seriously. There are numerous display cases of plates, plaques, and trinkets that were gifts of other navies. There is even a stuffed penguin from some Chinese expedition to the Antarctic. But outside is a different story. There, they have so many toys to look at - and if it happens to be open, there are destroyers, and escort ship and a decommissioned Romeo-class submarine to wander through as well. Rumor has it that the PLAN is considering placing a soon-to-be decommissioned nuclear submarine at the museum in the next few years as well. now THAT would be cool. The following pictures are from two visits - a nice sunny day in March 2008 and a windy, rainy day in July 2007.

This is the submarine, an old Romeo-class knock-off, built by the Chinese (all the cast parts inside are stamped in Chinese, not Russian). They wont let you take pictures inside, though if it wasn't for my host being concerned of the consequences, that wouldn't have stopped me. Maybe next time...

237 sits up along the wall, splendid in the afternoon sun. The hatches are small, as old submarines were. There are six torpedo tubes in the front, each with a red star on the door, and two in the rear.

They let you go in one end and out the other. There are a few spots rusting out inside, but in general it inst in all that bad of condition for a display.

The AnShan Destroyer, formerly the Courage of the Soviet Navy. This is one of the PLAN's first two Destroyers, leftovers from the Soviet's World War II fleet.

The red flag flies proudly over the anti-aircraft guns.

The NanChong was launched in 1968, and is a Chinese-built craft.

Two views of the aptly-titled "Airplane." 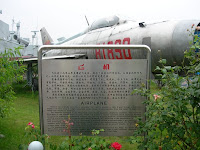 There are plenty of aircraft and other goodies to admire. 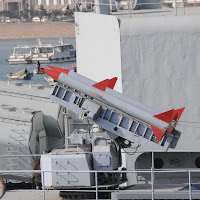 On a nice sunny day, even a missile is a good place for a bird to take a rest...

This section of the display was closed, unfortunately, when I visited in March. All the hips and submarine were closed in July. They are undergoing renovations at the museum, enlarging and modernizing it.

The NanChong on the left, the AnShan on the right. 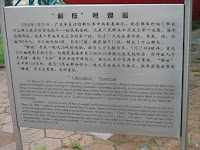 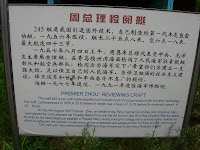 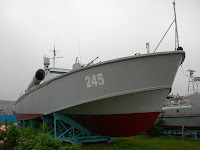 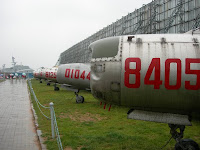 A row of MiGs, and their Chinese variants, the F, J an dA series. 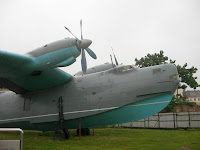 Qingliu or B-6 Seaplane. 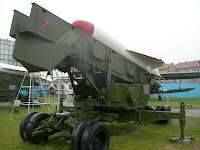 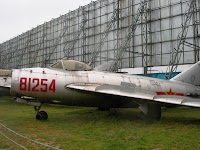 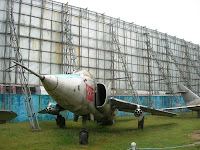 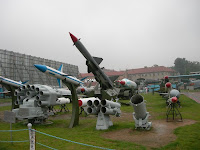 A lovely display of projectiles and projectile launchers on the grounds of the Naval Museum. 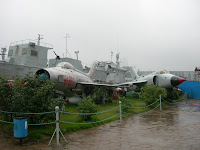 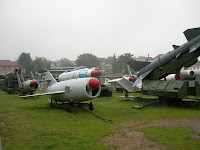 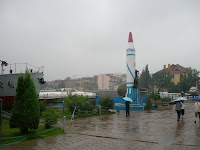 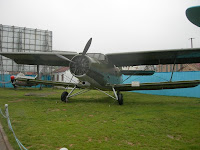