Following his brush with death, Kim Jong Il can stand (with some assistance), brush his teeth (with only minimal drooling), and maybe even rule his country. Kim’s illness, stroke, heart attack or whatever befell the Dear leader has triggered a massive revival of interest in North Korea and even more speculation about what happens after he dies.

But perhaps the focus should not be on life after Kim, but on the general issue of succession or transition. Back around Kim’s 60th birthday, there was tons of talk about leadership succession, and Kim was apparently no nearer to death on the first day after his birthday than he was before. But health issues have a way of bringing home the potential imminence of a forced and perhaps unprepared transition, particularly in a country where there is no clear path for succession, having only seen two leaders in the past 60 years - and the second being the son of the first. 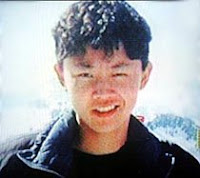 In general, there appear to be two elements of the succession/transition process largely agreed upon among the North Korean elite - the emergence of a more collective leadership (even if behind the scenes) and the placement of Kim’s second son, Kim Jong Chol, as the next leader. Kim Jong Chol was reportedly appointed Vice Director of the Workers Party of Korea in late 2007, following in his father’s footsteps along the ladder to supreme leadership. The need for collective leadership to supplement the succession process stems from Kim Jong Chol’s relative youth (he is only in his late 20s) and correlated lack of a strong base of independent support.

While there was much speculation outside North Korea, and plenty of less overt speculation inside North Korea over the past decade or so over which of Kim’s sons would succeed him, there was apparently little progress in actually shaping the successor. This was in part because Kim himself only took over in 1994, and really didn’t fully consolidate his rule until 1998. It was much too soon to begin grooming a successor - because if he did, he risked loyalty moving more to his son than to himself as the elite prepared for the future.

Kim’s medical emergency now has perhaps given him an unexpected but extremely valuable opportunity - one that he saw befall his counterpart across the seas in Cuba. When Fidel Castro fell ill, the rumors abounded of his near certain death, and the worries over transition and the potential internal bickering and competition. But Castro proved to retain his seeming Olympian longevity, and far from dying, he went about making his epoch speeches. But he did, nonetheless, transfer power to his brother, Raul. This gave Fidel Castro the ability to use his own personal influence to maintain control among the potential factions in Cuba, to lend his moral authority to Raul, and to make sure Raul or some other members of the elite didn’t do anything too far off of the Fidel plan.

Kim Jong Il is now presented with the same opportunity, one that may be even more beneficial in his case than in Fidel’s as Raul was nearly as old as his bearded brother and had quite his own power base and relationship network built among the Cuban elite, whereas Kim Jong Chol is a mere child by comparison, and will need the strength of personality and history his (still living) father may lend. Even Kim Jong Il relied upon some of the old guard revolutionaries who had fought alongside his father (figuratively or literally) during the anti-Japanese struggle and the Korean War. Kim Jong Chol even more so needs this connection to the older generation as he transitions into the place of power.

Whether Kim Jong Il takes advantage of this opportunity or not, the question of transition and succession is now a pressing one in Pyongyang... and Seoul, Beijing, Tokyo, Washington and Moscow.
at 1:47:00 PM