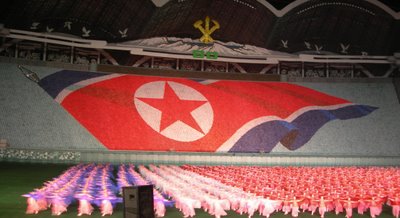 North Korea's evolving view of its neighborhood and policies following strategic planning sessions during Kim Jong Il's recent absence continue to trickle out. And the focus is North Korea's relation with China, and its intensified push to demonstrate an independent defense capability. In some sense, the North Korean push mirrors South Korean President Roh Moo Hyun's push for an independent defense, currently seen in the debate over wartime command.

In addition to carrying out "suspicious" activity near Ponggye, North Korea is repeating statements that it must strengthen its war deterrent (read nuclear weapons), the most recent of which was by Kim Yong Chun, chief of the General Staff of the Korean People's Army, who, according to KCNA, said North Korea must do its "utmost to bolster our self-defensive war deterrent, unhindered by anything, tightly holding the revolutionary banner of Songun."

On the same day, the KCNA ran a release discussing Kim Jong Il's aphorism, "Flunkeyism and dependence on outside forces lead to national ruin." While the article towards the end discusses this in the context of South Korea-U.S. relations, it seems apparent that the KCNA story refers to North Korea-China relations. Ties between the two nations are growing increasingly strained, and a Kyodo new report suggests officials in Beijing even recently considered a major downgrading of ties, but recanted over fear of a destabilized DPRK.

There are rumors that Kim Jong Il himself will head to China August 30, and he is very likely to vent his anger at Chinese officials at that time. North Korea's talk of increasing its nuclear deterrent and not being able to rely on big powers is intended in part to coerce Beijing to reconsider its relations with Pyongyang, or risk a North Korean nuclear test. This will be Kim's message in Beijing, should he go. 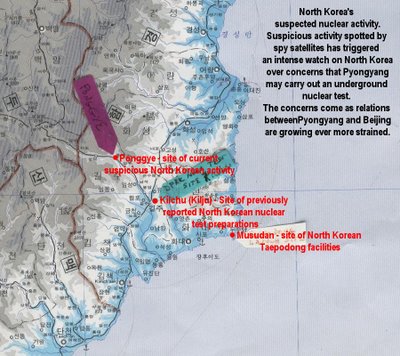