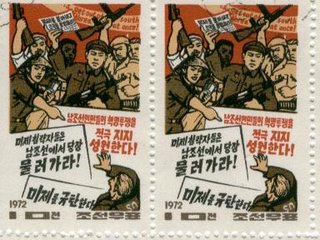 Once again, rumors of an imminent North Korea nuclear test are making the rounds, this time triggered by an anonymous comment by a U.S. State Department official to ABC News. According to the ABC News report,

The suspect activity is the movement of trucks laying cables.

The Japanese Yen fell early on the news, though the Nikkei rose, ignoring the rumored test preparation. South Korean and Japanese officials said they had no knowledge of the potential test, and U.S. officials declined comment. Such warnings are not all that infrequent, after all, and occurred earlier this year. Also, in April 2005, the Wall Street Journal "broke" news of North Korean nuclear test preparations, apparently rather prematurely. But in May they were again repeated. This itself was a repeat of warnings in the summer of 2003. And on and on back through the years.

"The DPRK could lay the surface cables in a pattern typical of underground nuclear tests in a likely mountainous site, and instigate a guessing game in the hope that this induces the United States to negotiate, and enhances China’s ability to "deliver" the United States in a negotiating mood."

Now North Korea may just be playing around. After all, Pyongyang is notorious for play-acting for the numerous satellites flying over its territory, and maybe this is a test to see if the new South Korean spy satellite can pick things up as fast as the U.S. or Japanese ones do. Or Pyongyang is preparing a test after determining it must fundamentally reshape global perceptions. Perhaps this is why Kim Jong Il went walkabout for more than a month recently.

One thing about the North Koreans, as seen from July's missile test, though, is that just when people are convinced the boy is crying wolf again, North Korea actually does what folks thought it was posturing to do all along.

My gut says they won't test a nuke this time around, but on the rare occasion, my gut has been wrong before.

Waiting for the boom, but not holding my breath.